The first star party of this year, began in the serene hills of Kavalur. We received an amazing response to participation form with over 60 people interested in participation. Out of this, 24 people were shortlisted for attending the main event.

The event began with us gathering on February 22 evening at Gogo camping, our regular site in Kavalur for holding star parties. After the evening snacks and refreshments, we had to choose from a list of potential places to set up our telescopes and photography equipment. A spot near the camp was decided that was both clear and close to the tents.

There were two telescopes set up, one Dobsonian and one equatorial, four binoculars and many participants setting up cameras for astrophotography. The observation started at 18:30 (IST) with the first object spot being Venus. The skies were close to ideal with magnitude 11 objects being visible near the zenith.

We managed to get a good amount of spotting and observation done before midnight. Our most notable sightings include:

The visibility of the sky sadly started deteriorating by midnight and stayed almost opaque till dawn. We had an early morning tea to refresh us and breakfast to prepare for the return journey. Though the number and the variety of our observations were less than usual, the journey and the experience was thoroughly enjoyable and informative.

As a part of our reinvigoration efforts, there will be more star parties to come this year. So keep an eye out on our Facebook page for more information. 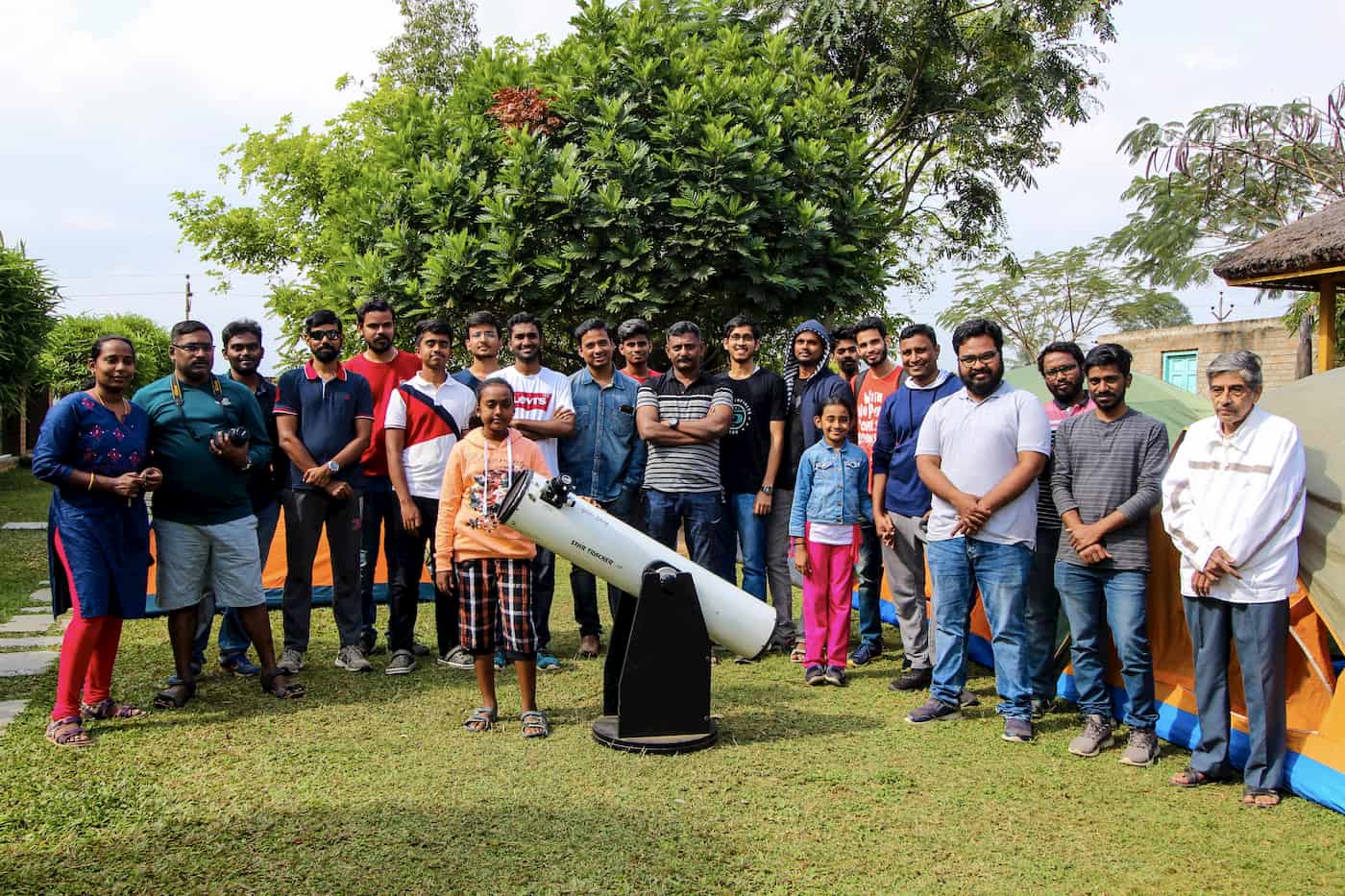