Chennai astronomy club’s first-star party of 2019 was held on Saturday night (February 2, 3) in YMCA grounds, Yelagiri. Worthy of a year’s opening star party, the sky was brilliant with an amazing level of transparency.

Yelagiri, a 3-hour drive from Chennai is one of the few legitimate dark sky places in the state with a Bortle scale number of around 4. We stayed at the relatively affordable YMCA Camping grounds. A makeshift observation area was set up on the rooftop of the two-story hotel.

The telescopes were set up late in the evening, with the session slated to begin at 7. Our primary equipment was an 8-inch Dobsonian reflector. Other equipment being a 130mm equatorial and a couple of 10x50 Porro binoculars. Before the session, Siva gave everyone a brief lecture on the basics of optical astronomy and a few inner tips and tricks.

The sky, though not very pleasing initially turned out to be palatable towards the later part of the night and early in the morning.

A brief list of the objects that were spotted:

Clouded but still visible were

The planets viz, Saturn, Mars, Jupiter, Venus were a visual treat in the morning sky, seen around the brilliant backdrop of a surrounding hill.

To wrap things up, we could not have hoped for a better start to the year. It was truly one of the best star parties we have ever had.

We hope to write about the next event very soon.

Until next time,
Clear skies! 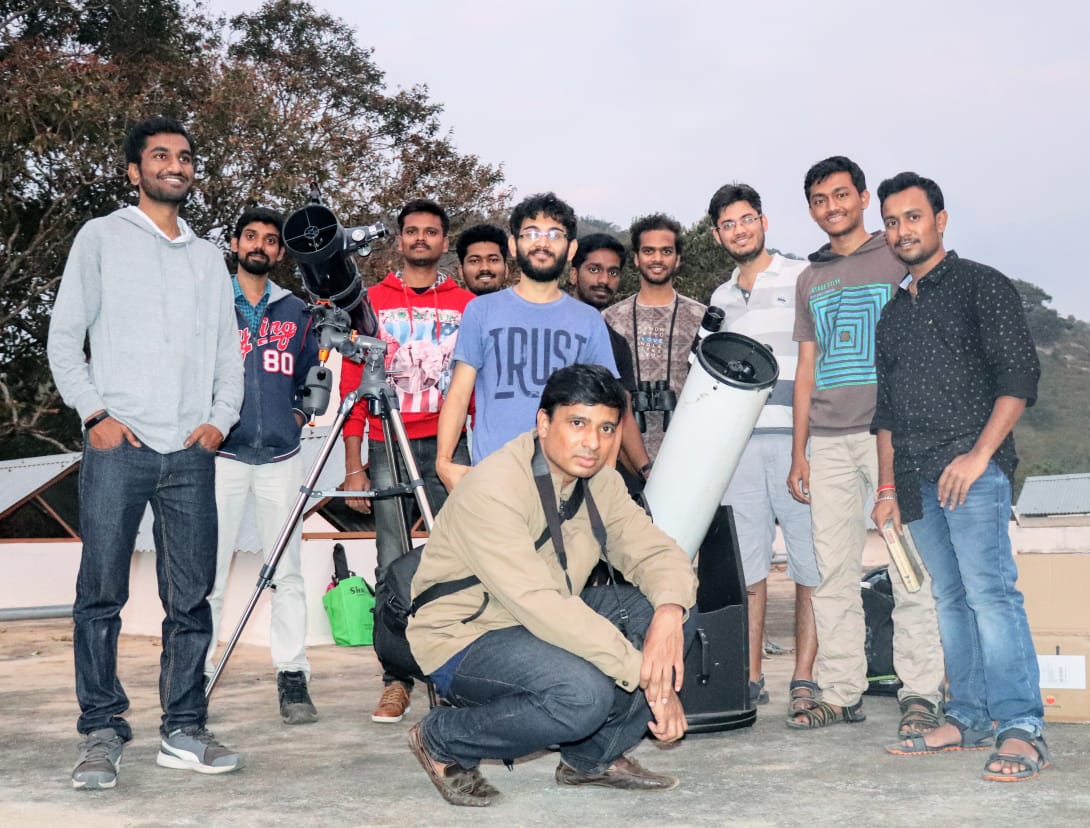