13 members of the Chennai Astronomy Club left Chennai early in the morning and travelled through wonderful roads in the Jawadhu hill range. Adhvaidh, one of our team members had fun with the “Idhu enna main road-ah? Forest-u” dialogue. We also got to see mamy tribal hamlets on the way. As we neared the observatory, we could see Asia’s largest telescope sitting on the top of a mountain. After depositing our bags at the security checkpost, we walked a long way to the 2.3 meters telescope. Enroute, we saw many other smaller telescopes. 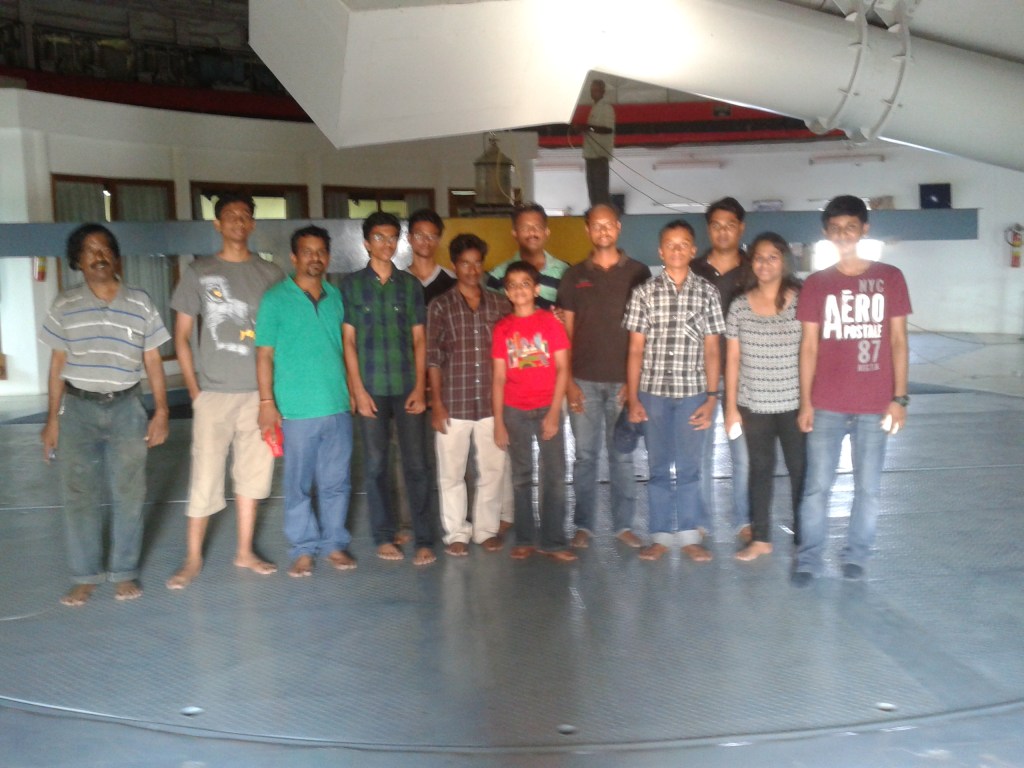 We were greeted by the technician in-charge and he did a fabulous job in showing around the majestic telescope. 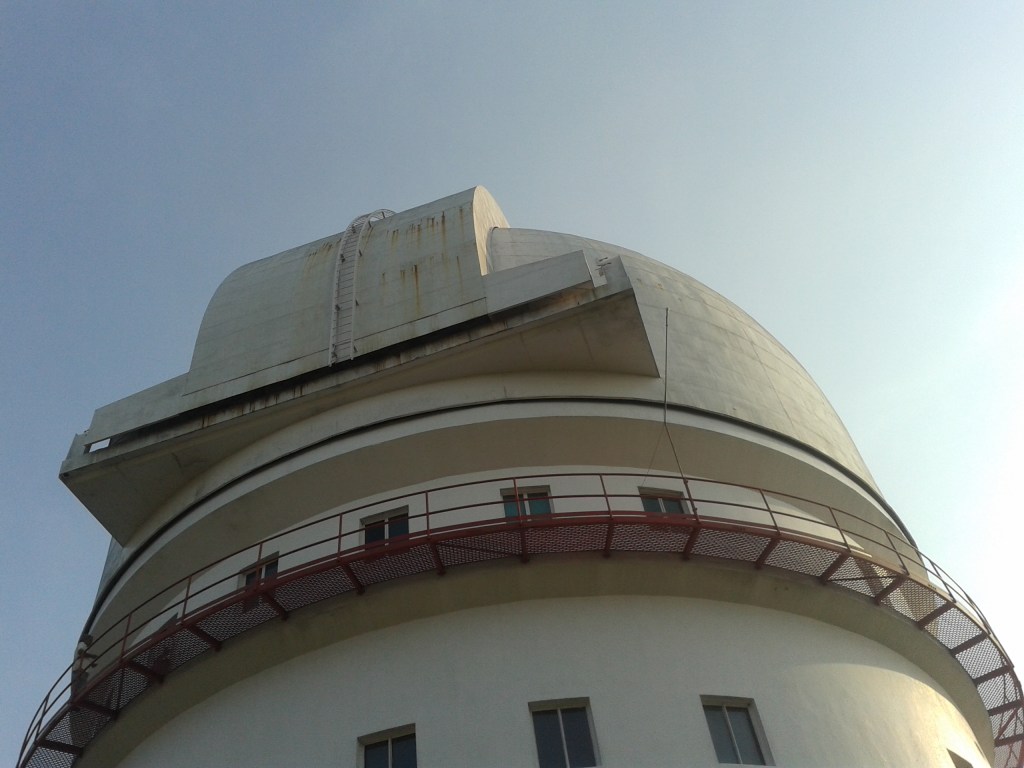 The best moment was when he opened the dome. The dark, dimly let interior of the observatory was suddenly brightened due to sun’s rays entering through the narrow opening in the dome. It felt like magic! 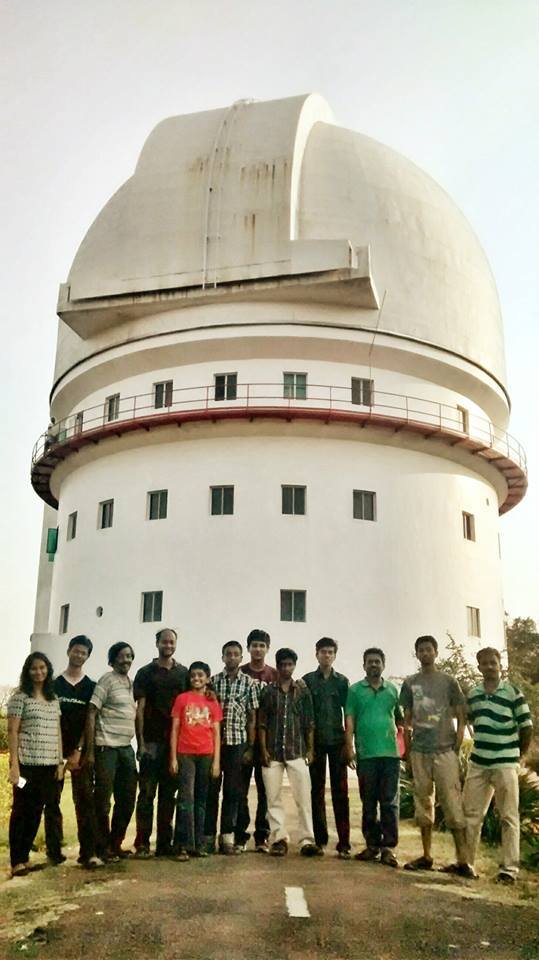 He rotated the telescope in every possible angle. He also explained about the structure of the telescope. We did some calculations ourselves and figured out the focal length of the telescope based on its f-ratio. Now, came the surprise. He asked us all to stand together. We did not have any clue about what was going to happen but obliged. All of a sudden, the ground that we were standing on began to rise. For a moment, we all felt like Batman 😀 This let us get very close to the telescope’s mirror. We saw a few blemishes on the surface and the technician explained us that they managed to overcome those defects by placing the secondary mirror’s vane on the top of it.  Intelligent, indeed. We also saw a maintenance official load liquid Nitrogen into the CCD. For starters, CCDs are used to photograph and they have to kept at very low temperatures to reduce thermal noise in the images. We saw air condensing and then freezing around the tubes(-196 degree C folks!).

After a few more informative minutes, we thanked the officials and left the observatory. We also celebrated CAC having enrolled 500 members by cutting a cake. We had fabulous chat sessions on the way and I finally bade goodbye to the rest of the team at Polur.