Intermittent clouds and haze played spoilsport but we still managed to observe a handful of objects.

We could make out the Lagoon nebula with naked eyes and we could see a faint hint of a reddish tinge through our scope.

Mars was great to look at and we kept spotting it throughout the night and could make out the ice caps and the dust storms very well. Saturn was simply stunning and we could spot 7 of its satellites. There were numerous but not that bright meteors as well.

Sadly, the sky will keep deteriorating from now on and the next season is a long time away(October/November). We will still try our luck during the gaps in the monsoon and see what we get. 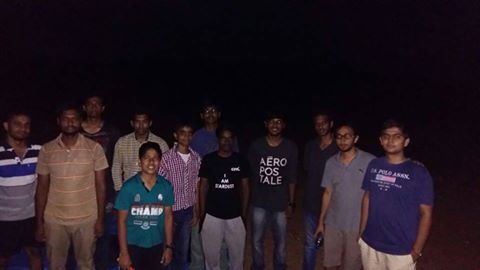